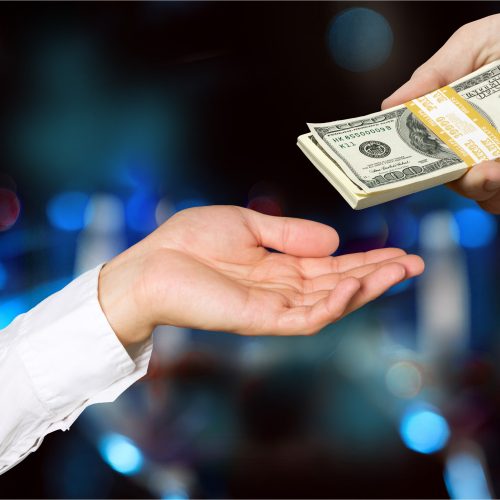 When I was a kid there was a cartoon called the Superfriends on Saturday morning TV. One of the bad guys was named Bizarro, and he came from a world where everyone was either a Superman or Wonder Woman clone.

Everything was backward in Bizarro world.

Sometimes I feel like we are living in a financial Bizarro world.

And it was strong!

Without getting into the nitty gritty of the report (you can discover exactly what it means and measures on Google), I’ll just tell you that it jumped from 54.4 in October to 56.5 yesterday.

This should be good news for the economy, considering that we have a largely service-based economy…

But we are in Bizarro world, so the Dow collapsed by almost 500 points.

Well, because if the service sector is doing well that means the Fed might not slow rate hikes. So the market spooked like a four-year old with their hand in the cookie jar when Mama walked into the kitchen.

This kind of stuff is why I keep saying…

You MUST get someone to help you navigate this market. That’s where we come in.

The last time the Fed was hiking interest rates and we were all living in a financial Bizarro world, it almost wasn’t worth your time to invest.

If you were investing in the broader market like everyone else.

But during that same time, we managed to make money hand over fist.

Take a look for yourself…

See the difference having a navigator can make?

I don’t want to sound arrogant. Everything I said about Options360 is true. And I’ll gladly compare track records with anyone in this business, especially this year.

I think the choice is clear!

Discover How to Navigate This Financial Bizarro World Today!